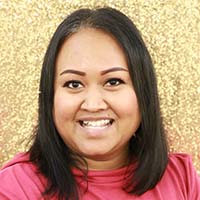 Sam Chhoeun is a long-time resident of Madison, WI and a mother of two beautiful children.  Being a genocide survivor of the Pol Pot regime, she knows the importance of serving the community and empowering victims and survivors of violence.  At Freedom, Inc. she provides culturally and linguistically specific direct services, safe community space, and leadership development for over 50 women and elders throughout the state of Wisconsin.  The result of her work has been the 400 Khmer people around Dane County, WI that were able to get their citizenship and register to vote in the last three years.  Outside of her organizing work, she loves to spend time with her family and friends, traveling the world and building relationships. 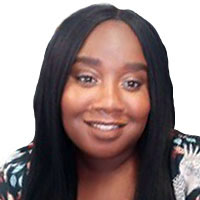 Mahnker works across Black, Hmong, and Khmer programming to build a culturally vibrant civic engagement program.  Mahnker is the child of Liberian refugees and grew up on the South Side of Chicago. Later, she moved to Normal, IL where she studied Geography at Illinois State University and has spent most of her career in electoral politics. Before starting with Freedom Inc in February, Mahnker developed civic engagement programming for Milwaukee Riverkeeper.  Mahnker enjoys listening to music, reading novels, and hanging out with family. 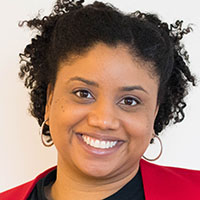 Bianca Gomez is from Cleveland, OH and staff member at Freedom Inc. After graduating with a degree in Special Education at the University of Akron in Ohio, Bianca moved to Madison to pursue a Masters in Afro-American Studies at the University of Wisconsin Madison. Her research focuses on alternatives to punitive disciplinary policies and practices, which disproportionately impact Youth of Color, especially in schools and other institutions. She is also one of the founders of the Black Liberation Action Coalition (BLAC), a coalition between students and community members in Madison who share concerns about issues and policies facing their campus and community. Bianca is unapologetically dedicated to Black liberation and the liberation of all oppressed groups. She believes in shifting power to the most impacted communities and looks to her ancestors for support and guidance as she engages in the struggle for freedom. 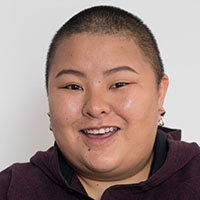 Kayleb Hawj is a community organizer at Freedom Inc., where they have been for 4 years. They were born and raised in Madison, Wisconsin, where their Hmong refugee parents settled after their second migration in the United States. Kayleb works closely with Southeast Asian boys on ending patriarchy and works to increase the visibility of womyn, queer and trans leadership through photography, and videography. Kayleb has supported local campaigns in Dane County by showing up in solidarity with Black Lives and participating in direct action campaigns and documenting the work through photography. 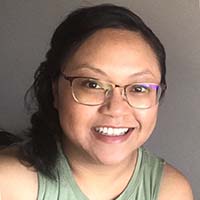 Jeanette Mey-Nou is working at Freedom, Inc. as a Khmer gender justice advocate and youth coordinator. She was raised in a refugee family and was born and raised in America. Her love and passion is supporting and building our women and children in our Khmer community. Her motto is to listen and not judge and to always have a voice when necessary. 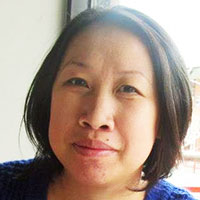 Chai Moua lives in Stevens Point with her husband Phong Vang and their four children. She has a Bachelor’s Degree in Human Services Management and is currently pursuing a Master’s Degree in Organizational Leadership. She holds a Family Development Specialist Certification from the National Resource Center for Family Centered Practice and the University of Iowa School Social of Work. Chai started off her work in community organizing with one of Madison’s most isolated neighborhood. This is where she realized her passion to fight for racial and gender equity. She has over 15 years of expensive experience working with low to no-income communities, especially the Hmong community. 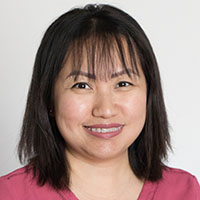 Maivnyiaj Moua is originally from Thailand. She is a daughter, sister, wife, and mother of five children. She has always believed in gender justice and has taken on the role as the Gender Justice Director for the Southeast Asian population at Freedom Inc. In her role, she provides direct services, support groups and leadership development for victims and survivors of sexual assault and domestic violence. Maivnyiaj is also a community leader and has been heavily involved with the Hmong community. She enjoys arts including sowing, singing, and dancing. 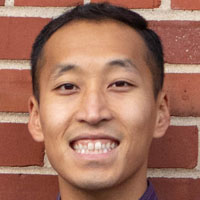 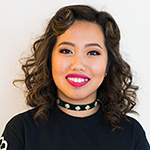 Zon Moua is a Queer, Femme, Hmoob womyn born and raised in Wisconsin. She is the youngest of 11 children, born to refugee parents. She is the Director of Youth Organizing at Freedom Inc. She has worked on gender based violence, queer and youth justice issues since the age of 16. Her most innovated work has been connecting youth to social justice movements through art, music, and dance. Zon works closely with Black and Hmoob youth and impacts over 50 youth weekly. She engages her community in conversations and workshops addressing anti-blackness and standing in solidarity with Black Lives Matter. Zon has been actively involved in local campaigns and have been part of the planning team for numerous direct actions. Zon also manages a media team, documenting Black Lives Matter campaigns through photography and videography. Through her work, she hopes to raise the visibility of Queer, Trans, Black and Southeast Asian leadership and to make deep social changes within her community. 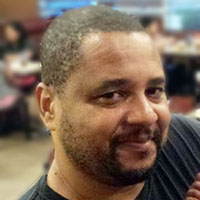 Max Rameau is a Haitian born Pan-African theorist, campaign strategist, organizer and author. After moving to Miami, Florida in 1991, Max began organizing around a broad range of human rights issues impacting low-income Black communities, including Immigrant rights (particularly Haitian immigrants), economic justice, LGBTQ rights, voting rights, particularly for ex-felons and police abuse, among others.As a result of the devastating impacts of gentrification taking root during the housing "boom," in the summer of 2006 Max helped found the organization which eventually became known as Take Back the Land, to address 'Land' issues in the Black community. In October 2006, Take Back the Land seized control of a vacant lot in the Liberty City section of Miami and built the Umoja Village, a full urban shantytown, addressing the issues of land, self-determination and homelessness in the Black community. Max travels the country facilitating workshops, engaging in campaign strategy sessions and developing models for community control over land and the human right to housing. 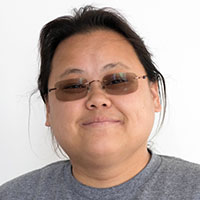 True Thao has been with Freedom Inc. since the birth of the organization. True is a high school drop out and survivor of many forms of violence. True is passionate about working with youth because True understands what it means to be neglected and need support. True helped organize the Freemen group which sought to provide political education for young men and challenge patriarchy. In addition to Trues dedication to helping True’s community, True also loves photography and capturing social justice movements as the tell a wonderful story about people power. 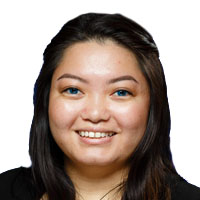 Hope assists with programming and direct services. She began at Freedom, Inc. as an intern after graduating from UW-Madison. 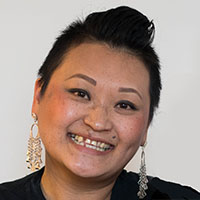 Nancy Vue studied law at the University of Wisconsin Law and practiced as a public defender for six years. She is originally from California and grew up working on her Hmong family farm and selling vegetables at Central Valley farmer's markets.  She was the oldest of seven children and first to go to college at the University of California Davis.  After three years as Freedom Inc's Board Chair, she currently manages Freedom Inc's grant reports and program data.  She resides with her daughters Quinn Suab-Nag and Madeline Suab-Paj, husband Hong, dogs Baxter and Chomps and three hens.  She loves to craft and garden. 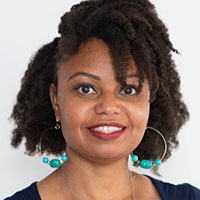 Jessica Williams is a domestic violence advocate with Freedom Inc. Jessica's domestic violence work is catered toward and culturally specific to the black community. Jessica is also one of the co-chairs for the Wisconsin Network for Peace and Justice. Born in Columbus, Mississippi and raised in Sierra Vista, Arizona Jessica has been in Madison since 2012. Prior to her work with Freedom Inc. Jessica got a degree in Microbiology. She later worked as a Chemical Safety Specialist with UW Madison. She is experienced as an educator after teaching 2 years in South Korea. She is an avid traveler and has worked towards creating housing and worker cooperatives here in Madison Wisconsin. During her time in Madison she became increasingly aware of the racial disparities that exist in the city. After a string of high profile deaths of black teens at the hands of police she became actively involved in local movements and community organizing. 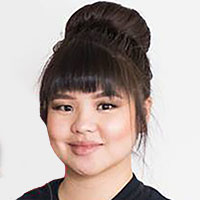 Houa Yang started as a Finance Assistant and was recently promoted to Gender Justice SEA/Hmong Advocate and Operations Manager at Freedom, Inc. She was born and raised in central Wisconsin by her refugee parents who came to the US in 1988. As a first generation Hmong American, she moved to Madison to pursue higher education and graduated with a Bachelor’s degree in Biology and a minor in East Asian American Studies. Houa strongly believes change happens when people are given the guidance they need to draw on their own strengths. Therefore, she works closely with Hmong victims and survivors of domestic and sexual abuse by providing services as well as resources in order to start living happier and healthier lives. 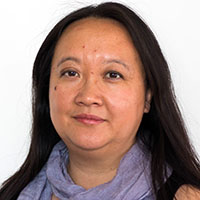 Sheur Yang is the Accountant for Freedom, Inc. Her advocacy for Hmong women, children and LBGTQ liberation began in high school, when she experienced and saw injustice, violence, racism, cultural bias, and transgender phobia effect her community.   Sheur graduated from the University of Wisconsin – Whitewater with a BBA emphasis in Accounting. She worked for the Office of the Commissioner of Insurance as a Financial Examiner before leaving her position to follower her husband’s career. Sheur is self-employed and a mother of two.  She started her work with Freedom, Inc., as a volunteer in 2003 and then later as a contractor. Sheur’s commitment to Freedom, Inc., is to ensure that the organization has sound financial policies and strategies in place in order to enhance the quality of their programming, as well as, build and sustain capacity to do what they do best--campaign for their communities.