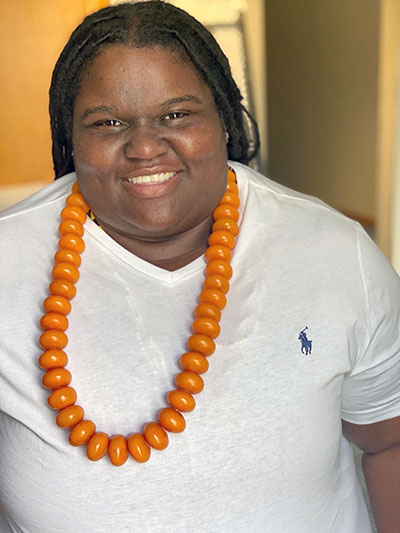 M. Adams is a community organizer and co-executive director of Freedom Inc. Born and raised in Milwaukee, Adams has been in Madison since 2003. Adams’s dad has been incarcerated most of her life and she comes from a community that has been the extreme targets of police violence.  In March 2016, Adams’s mother transitioned after fighting cancer and many forms of violence. Adams is also a parent and sees her family as a primary motivator for her work.

As a queer Black person, Adams has developed and advocated for a strong intersectional approach in numerous important venues. Adams is a leading figure in the Take Back the Land Movement, she presented before the United Nations for the Convention on Eliminating Racial Discrimination, she is a co-author of Forward from Ferguson and a paper on Black community control over the police, and she author to intersectionality theory in Why Killing Unarmed Black folks is a Queer issue.

Adams can be regularly be seen in person, on TV or in the newspapers giving presentations, testifying at city council meetings, and energizing crowds at protests.

Learn more about M through these links: 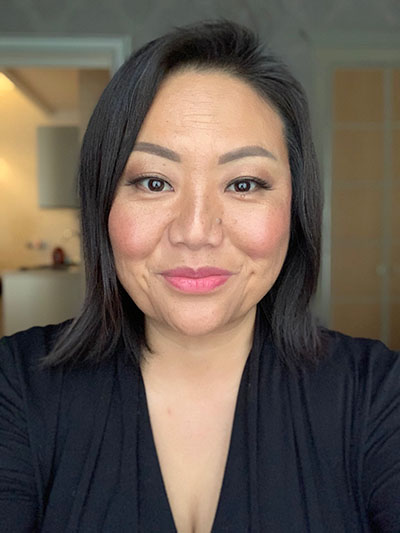 Kabzuag Vaj was born in Laos and came to this country as a refugee child with her mother and siblings. She is the founder and co-executive director of Freedom Inc. She has dedicated the majority of her life to ending gender-based violence. Her advocacy started when she was 16 years old, assisting and housing at-risk teens, and challenging abusive gender norms within her community.

In the past 20 years, Vaj has spent her life working to build collective power and social change within Southeast Asian and Black communities.  She was recognized as a Champion of Change at the White House during Domestic Violence Awareness month in 2011, and was named one of "20 Women of Color in Politics to Watch in 2020" by She the People.  She is a co-founder of Building Our Future, a global community campaign that works to change traditional practices, behaviors, and beliefs that contribute to gender-based violence within Hmong Families while building the leadership of women and girls.  Kabzuag is also a co-owner/founder of Red Green Rivers, a social enterprise that works with artisan makers, most of whom are women and girls, from the Mekong Region in Southeast Asia.

Kabzuag is a daughter, mother, artist, and organizer. Her first love is the movement.

Learn more about Kabzuag through these links: