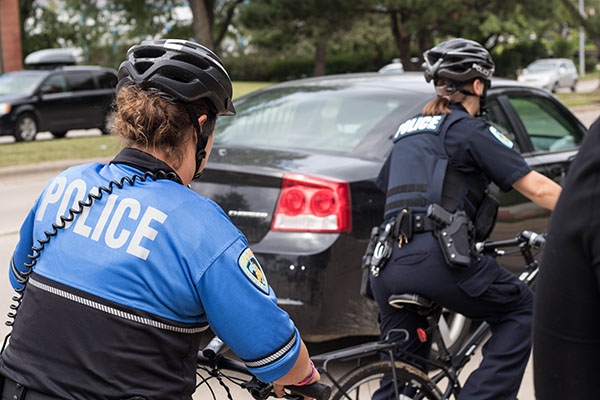 On Wednesday, Madison Police Department Chief Mike Koval announced that he planned to initiate a wave of arrests that would predominantly target African American men.  This plan is an attempt to address the recent increase in gun violence in Madison, even though he admits that there may be no evidence connecting arrested individuals to any homicides.  We at Freedom, Inc. strongly condemn this plan as racist and dangerous, contributing to the already alarming over-representation of African American men in jail in Madison.

“Any policy or legal action that disproportionately targets only one population is racist,” said Kabzuag Vaj, Co-Executive Director of Freedom, Inc. in response to Koval’s plans.

Today, right outside the Freedom, Inc. offices on South Park Street, we were shocked to see an African American man getting arrested for accidentally urinating on himself and the sidewalk.  Not only was this man subjected to humiliation and public trauma, but the amount of Madison police resources used—including 5 officers, an intern, a car, and 3 bicycles—represented a staggering and unnecessary waste to the city.  For the same cost, this man and the many other homeless people in Madison could have found housing so this would not have happened.  There is no way in which the police could connect this man or his crime to gun violence, but it is not a coincidence that this squadron of Madison Police Department members showed up outside our doors to arrest an innocent Black man only hours after Koval’s announcement promising a “blue blanket” over the city.

This strategy of locking up African American men is not new, and the flaws with this way of thinking are well-documented.  Previous attempts in the 1990s to round up Black criminals simply resulted in gross mass incarceration, from which our communities have never recovered.  In Madison, we still see the effects in arrest and jail racial disparities. Such short-term strategies do not move us anywhere near the long-term goal of alleviating the root causes of gangs and gun violence.  The actual causes include poverty, economic underdevelopment, joblessness, lack of education and healthcare, and other systemic issues that are sustained through racist policies, police, and social structures.  To solve these problems, we need both short-term and long-term solutions that directly lead toward economic development, instead of incarceration.

“Gang violence is brought on by fighting because you don't have enough. If you want to stop that violence, you've gotta stop people from not having enough,” said M. Adams, Co-Executive Director of Freedom, Inc. “Don't eradicate poor people, eradicate poverty! Police care more about urine on the concrete than they care about a Black poor man having nowhere to urinate.”

“Black poor lives matter!” said M. Adams. “We are Black victims of many types of violence, and in the face of violence we say we don't want no police!”